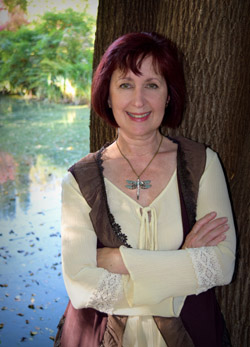 Cheryl Ammeter is an award-winning scriptwriter who worked for seven seasons on the globally acclaimed children’s program, Barney & Friends. At Radio Disney, she wrote and performed in a wide variety of Disney features. One of her biggest successes at Radio Disney was Generation Girl Theatre, a series of episodic radio plays based on Mattel’s Generation Girls Barbie® books. After years of adhering to production budgets and schedules, her larger-than-life imagination has finally been set free in Ivey and the Airship.

This sci-fi fantasy novel is the first in a five book series called Aether’s Edge.  Cheryl is currently at work on book two, Masters of Misfortune.